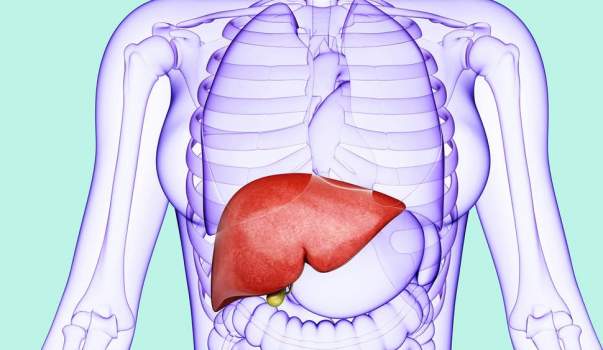 This is an area of improvement following weight loss surgery that is less well remembered.  The liver is just like any other organ in that it stores fat very efficiently if there is too much in the system.  However, over time these fatty deposits impair the ability of the liver to do its job!  Each cell stores fat which then compromises its essential cellular level functioning.  The liver is generally a very forgiving organ and unlike lots of adult structures, has the ability to self regenerate.  Shockingly, obesity has become the leading cause of liver cirrhosis in America - overtaking alcohol and viruses!  It is only once the liver develops cirrhosis that it loses the battle and is unable to regain its function in the longterm.  So, this is very reassuring news and yet another positive side effect of significant and long term weight loss that bariatric surgery can offer patients. Good news huh!

Researchers studied the modulation of hepatic indices of oxidative stress and inflammation in obese patients undergoing laparoscopic sleeve gastrectomy (LSG) to examine the molecular mechanisms of hepatic alterations and to identify molecules that could be used as potential therapeutic targets. Study participants included 436 patients attending the obesity clinic who had LSG for weight loss. One year after surgery, there has been a significant reduction in the incidence of diabetes, dyslipidemia and hypertension. The findings demonstrate that patients with morbid obesity have considerably enhanced histology and liver function after LSG through mechanisms involving a decrease of oxidative stress and inflammatory processes. These data promote the use of LSG as a therapeutic alternative for non-alcoholic fatty liver disease improvement or resolution.

Effects of obesity surgery on mortality. 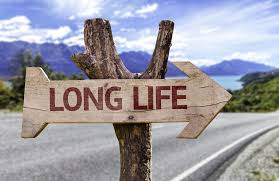 This is a very powerful study that asks the question whether having Bariatric surgery actually makes you live longer. It is powerful because it has gathered data from 5 Nordic countries and is population based.  This means that data is collected on all comers who have had any type of bariatric surgery including Gastric Banding, Gastric Sleeve and Gastric Bypass and other less known about surgeries.  These people are then compared with matched obese people who do not have obesity surgery.  Pleasingly it finds that Bariatric surgery does help patients to live longer!  It also came up with a few other interesting findings that were less predicted...  Here is the article details that you can search for more details.  Gastroenterology — Kauppila JH, et al. | May 22, 2019

In this population-based cohort study, researchers ascertained if the survival times of bariatric surgery patients are similar to those of the general population and are longer than those of obese people who did not receive surgery. The study sample consisted of people with a diagnosis of obesity listed in nationwide registries from Nordic countries from 1980 through 2012. Of 505,258 participants, 49,977 had bariatric surgery. Patients with bariatric surgery had decreased overall mortality from all causes, cardiovascular disease, and diabetes vs obese participants without surgery, but increased suicide mortality. Furthermore, the investigators found that obese patients with bariatric surgery had longer survival times than obese patients who did not have bariatric surgery, but their mortality was higher than that of the general population and increases over time. Obesity-related morbidities, however, could account for these findings. 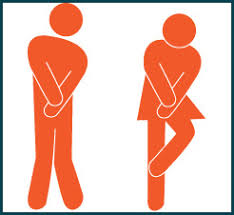 Urinary symptoms such as Stress incontinence, urinary frequecy, getting up in the night to pass urine multiple times and even recurrent Urinary Tract Infections are not symptoms that we frequently talk about with our GP.  This may be because it is embarrassing or we might think what we are experiencing is normal or that there probably isn't a solution to the issue.  Because it is not widely discussed the size of the problem is not well known either.  It seems, however, that these symptoms are at least partly reversible for lots of people who have had Bariatric surgery.  The actual mechanism by which the improvement occurs is unknown but it does mimic some of the other post-bariatric improvements in co-morbidities such as diabetes and blood pressure etc.  This is great news for people who struggle with urinary symptoms, as a solution may be available!

Bariatric surgery may reduce the frequency and severity of lower urinary tract symptoms, according to the findings from two studies published in BJU International. The studies from researchers in France and researchers in New Zealand, indicate that urinary problems may be added to the list of issues that can improve with efforts that address altered metabolism.

Lower urinary tract symptoms related to urinary frequency and urgency, bladder leakage, the need to urinate at night, and incomplete bladder emptying are associated with obesity in both men and women. To see if these symptoms might also be linked with metabolic syndrome (a cluster of abnormalities including hypertension, high cholesterol, high blood glucose levels, and abdominal obesity), Dr François Desgrandchamps from Saint-Louis Hospital in France, and his colleagues analysed information on 4,666 male patients aged 55 to 100 years who consulted a general practitioner during a 12-day period in 2009.

“Our results suggest a significant relationship between LUTS linked to benign prostatic hyperplasia and metabolic syndrome, in terms of frequency and severity. The risk of being treated for LUTS also increased with an increasing number of metabolic syndrome components present. The prevention of such modifiable factors by the promotion of dietary changes and regular physical activity practice may be of great importance for public health," the authors concluded.

In the second study, the researchers looked to see if weight loss or bariatric surgery in obese individuals might lessen LUTS in a prospective cohort study.

They report that in total 86 patients were recruited and 82% completed at least one follow-up after surgery (n=72). There was significant weight loss and reduction of BMI after surgery (p<0.001). At six weeks, there was a significant reduction in overall symptom score (p<0.001) and this improvement was sustained at one year. Linear regression analysis showed that total symptoms score at baseline, HOMA-IR, preoperative insulin level and change in insulin level postoperatively were predictive of the change in total symptoms score while the amount of weight loss was not.

"Interestingly, in our study, improvements in lower urinary tract symptoms were generally seen soon after surgery, and they did not seem to be related to the time course or degree of weight loss," said co-author Dr Richard Stubbs from Wakefield Hospital, Wellington. "Rather, there is an indication that the improvement in the urinary symptoms is linked to improvements in insulin resistance, which are now known to occur almost immediately following bariatric surgery."

The investigators noted that it is not a surprise that many symptoms and medical problems associated with obesity improve when weight loss occurs.

"What has been a surprise and what is potentially so important is that so many problems, including issues related to urinary function, improve so quickly after bariatric surgery, even before great weight loss has occurred," said senior author Andrew Kennedy-Smith also from Wellington Hospital. "The relationship we have found between these symptoms and insulin resistance is of considerable potential importance. This finding calls into question our fundamental understanding of why these problems arise, and therefore how they might best be treated."