Association of bariatric surgery with skin cancer incidence in adults with obesity: A nonrandomized controlled trial

So this is an effect of Weight Loss surgery that I definitely wouldn't have predicted.  Why would losing weight make your skin cells less likely to mutate due to the effects of the sun??  I would have thought BMI would be unrelated to risk of developing skin cancer.  There will be a logical reason but one that I couldn't even imagine at the moment.  Aside from that we can add 'decreased risk of skin cancer' to the already long list of benefits of Bariatric surgery!

Love to hear from you if you are considering life changing surgery that makes you live longer and - less likely to get melanoma..!

In this nonrandomized controlled trial of 4,047 individuals in the Swedish Obese Subjects study, experts examined the relationship of bariatric surgery with skin cancer (squamous cell carcinoma and melanoma) and melanoma incidence. Individuals in the surgery group underwent gastric bypass (n = 266), banding (n = 376), or vertical banded gastroplasty (n = 1,365) and the control group (n = 2,040) got the customary treatment for obesity at their primary healthcare centers. Information on cancer events was accessible for 4,042 individuals. Bariatric surgery was related to a significantly decreased risk of melanoma and the risk of skin cancer in general. The skin cancer risk decrease was not related to baseline BMI or weight, levels of insulin, glucose, lipid, and creatinine, diabetes, blood pressure, alcohol consumption, or smoking. Hence, the outcomes of this study imply that in people with obesity, bariatric surgery is related to a decreased risk of skin cancer, including melanoma. 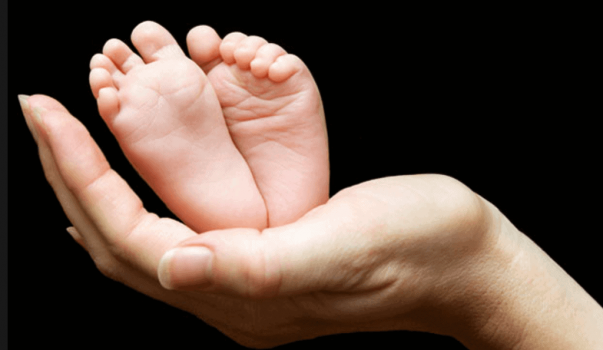 Conceiving a child is a fairly common reason for a woman to consider weight loss surgery.  There are lots of different causes for female infertility and some of them are directly related to obesity.  Polycystic ovaries is one of them.  From this study we can deduce that if the primary reason for infertility is PCOS then having weight loss surgery - which is the best 'treatment' for PCOS - can significantly increase the chances of conceiving and going on to have a successful pregnancy. For women considering IVF who are overweight or have known PCOS, bariatric surgery may actually be the most effective option.  Worthwhile discussing it with your GP, fertility specialist or … me!

Look forward to it.

Researchers conducted this unicenter cohort study to analyze fertility and gestational outcomes in women with polycystic ovary syndrome (PCOS) following bariatric surgery. For this analysis, 216 premenopausal women were screened for PCOS prior to bariatric surgery. From 2005 to 2015, all participants had bariatric surgery. Pregnancy rates for women seeking fertility were 95.2% in PCOS and 76.9% in controls and live birth rates were 81.0% and 69.2%, respectively. The time after surgery to reach the first pregnancy was 34 ± 28 months in women with PCOS, and 32 ± 25 months in controls. There were rare maternal and neonatal complications, with no differences between groups. Pregnancy and fertility rates were high in very obese women with PCOS after bariatric surgery, with few maternal and neonatal complications. 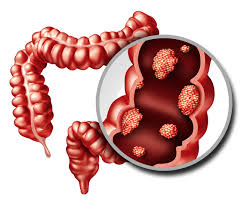 Who would have thought that being overweight causes cancer?  Well, that is the case.  Not for all cancers but it is true for Colorectal cancer.  This study looks at two groups of obese patients - those who have and those who haven't had Bariatric surgery - and calculates how many people developed Colorectal cancer in each group over a 5 year period.  Shockingly the obese non-surgical group had a colorectal cancer risk 30% higher than non-obese people.  However, if the group of obese patients who had had bariatric surgery and lost weight, their cancer risk was reduced back to the risk of the non-obese population.  What this shows is that by losing weight, the risk of colorectal cancer in the obese group who had surgery steadily decreased back to the rate of non-obese people.  So, similar to the likes of Type 2 diabetes, cancer risks are able to be reversed with significant weight loss.  Benefits anywhere we look!

Bariatric surgery significantly reduces colorectal cancer (CRC) risk in patients with obesity to the extent that they share the same risk of colorectal cancer as the general population, according to researchers from Université Côte d’Azur, Nice, France. However, for patients with obesity who do not undergo bariatric surgery, the risk is 34% above that of the general population.

The study included 1,045,348 individuals with obesity (aged 50 to 75 years) who were free of colorectal cancer at baseline. There were 74 131 patients in the bariatric surgery group (adjustable gastric banding, sleeve gastrectomy, gastric bypass) and 971,217 in the non-surgical cohort. Using data from the French national health insurance information system database, patient in the non-surgical group were followed for a mean 5.3 (2.1) years and a mean 5.7 (2.2) years for those who had surgery.

There were 13,052 incident colorectal cancers (1.2%,  (63,649 colorectal benign polyps were diagnosed) and the colorectal cancer was 0.6% in the surgical cohort and 1.3% in the non-surgical group. It was expected that there would be 9,417 cases in the non-surgical group, not the 12,629 observed (standardised incidence ratio of 1.34). In the bariatric surgery cohort, 428 cases were expected and 423 observed (standardised incidence ratio of 1.0). Propensity score–matched hazard ratios in comparable operated vs non-operated groups were 0.68 for colorectal cancer and 0.56 for colorectal benign polyp.