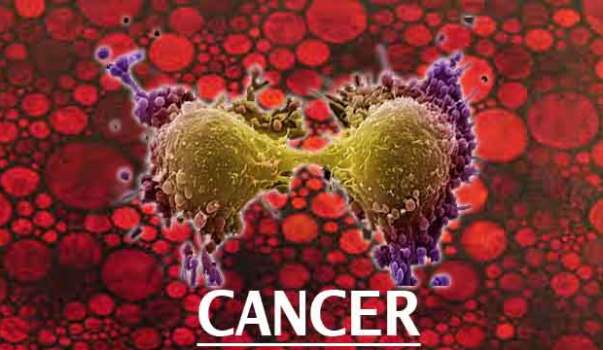 I think you would all agree that this is fairly shocking reading!  Hot off the press from the NZ Herald this morning, this is a landmark study that has been published in a landmark Journal (The Lancet).  Population type studies are very costly and not frequently performed (because of this).  This one includes data from 5 million patients in the UK ie more than the population of New Zealand.  They also, if performed well, produce very powerful data that is generally quoted for years to come.  This is shocking and just provides more evidence for why the obesity epidemic should be treated very seriously.   Steph Ulmer

More than 12,000 new cases of cancer every year can be attributed to the patient being overweight or obese, the biggest ever study of the links between body mass index and cancer has revealed.

Having a higher BMI was also linked with a greater overall risk of liver, colon, ovarian and breast cancer, the study by experts at the London School of Hygiene & Tropical Medicine (LSHTM) and the Farr Institute found.

While it has been known for some time that higher weight increases the chances of contracting certain cancers, risk levels have never been determined in such detail before.

The study, which is published in The Lancet medical journal, analysed the GP records of more than five million patients in the UK.

The researchers estimated that, if current trends in overweight and obesity rates continue, then by the mid 2020s there could be more than 3,500 additional cases of cancer every year.

"The number of people who are overweight or obese is rapidly increasing both in the UK and worldwide," said study leader Dr Krishnan Bhaskaran, of LSHTM. "It is well recognised that this is likely to cause more diabetes and cardiovascular disease. Our results show that if these trends continue, we can also expect to see substantially more cancers as a result."

Excess weight may account for as many as 41 per cent of uterine cancer cases, and 10 per cent of cancers of the gallbladder, kidney, liver and colon.

The study also found some evidence that, for prostate cancer and for breast cancer in young women, a higher BMI actually reduced the risk.

Precisely how fat could impact upon cancer risk is not fully understood. Dr Bhaskaran said that the variation in its impact across different forms of cancer said it must be affecting risk "through a number of different processes, depending on the cancer type".

Tom Stansfeld, health information officer at Cancer Research UK, said: "This study of over five million people has found new and stronger links between obesity and several different cancer types, highlighting the number of cancers that obesity causes in the UK.

"Although the relationship between cancer and obesity is complex, it's clear that carrying excess weight increases your risk of developing cancer. Keeping a healthy weight reduces cancer risk, and the best way to do this is through eating a healthy, balanced diet and exercising regularly."

This is an article from yesterday's New Zealand Herald.  And yes, it sounds dramatic but very restrictive diets are not only uninspiring and a short term fix only, but in addition, can be detrimental on your health!  The main problem with diets (and I'm sure anyone who has been successful with diets will agree) is that they are not sustainable.  This means that when you go off the diet the hard-earned weight that you have lost, comes back... and generally with a few extra kilos as well.  This is one of the most significant upsides to Sleeve Gastrectomy surgery for weight loss - you return to eating a 'normal' diet. This is why weight regain is less of an issue following Bariatric surgery than it is with dieting.  If you want to discuss surgical options more - feel free to ring my rooms for an appointment and I will walk you through Bariatric surgery.  Look forward to hearing from you.

Cutting sugar completely could kill you

With the UN warning sugar could be 'the new tobacco' because of its risks to health through obesity, you might think a diet that cuts it out would get the thumbs up from experts.

But a group of scientists has just consigned a trendy sugar-free anti-ageing plan to a list of fad diets it dismisses as a waste of time and money, and potentially dangerous.

While dieters can forgo sugar in yoghurt, ready meals, dessert and biscuits, for example, having none at all is almost impossible.

"Cutting all sugar from your diet would be very difficult to achieve," said biochemist Leah Fitzsimmons, who even warned that such a drastic approach could be fatal.

"Fruits, vegetables, dairy products and dairy replacements, eggs, alcohol and nuts all contain sugar, which would leave you with little other than meat and fats to eat - definitely not very healthy."

The sugar-free diet was one of five assessed by dieticians, biochemists and other experts for the charity Sense About Science.

They also dismissed the caveman diet, said to be favoured by actor Matthew McConaughey, which holds that because we evolved eating a limited number of foods, we should return to our evolutionary roots and eat berries, vegetables and lean meat, while eschewing modern fare such as cereals, lentils, beans and dairy products.

But archaeologist Erika Nitsch said: "While it is true that fluffy white loaves of sandwich bread won't have been known to our hunter-gatherer ancestors, if you are worried about a healthy diet, have lentil soup, but skip the Mars bar."

Also rejected were diets that claim to selectively slim parts of the body by influencing hormones. For instance, it is said love handles are caused by an insulin imbalance and can be shrunk by eating less sugar.

However, biochemist Madeline Burke said: "There is no evidence linking hormone synchronisation and weight loss."

Read more: You are what you eat: How diet affects mental well-being

The bizarre clay diet was also considered a health risk. Its followers believe a spoon of clay a day detoxifies the body, boosts the immune system and balances acidity levels.

However, dieticians warn it can cause problems from constipation to poisoning and say 'detoxing' is a marketing myth.

Catherine Collins, of the British Dietetic Association, said: "Fad diet promoters never let sound nutrition get in the way of persuasive marketing to promote their myths and generate profit."